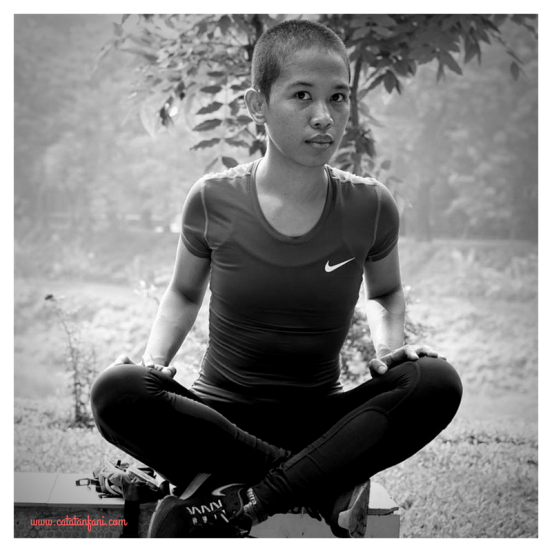 It was all started in 2009 when a doctor told me that I would only have another 10 years to live if my liver problem was being treated. He did not give me any choice because he saw me as a poor student and the treatment was expensive. I was only 21 years old university student back then. So he only gave me some dodgy vitamin. I was afraid & terrified.

“What would I have achieved by the age of 31 y.o? Would I be a successful woman?” I was terrified. I was in a relationship that time, I told him & gave choices either to stay or to leave. He stood by me, so he said. He did, he still is. He then found one of best doctor in Southeast Asia.

We met her in SG. After test & consultation, she told me that everything would be okay as long as it is treated properly. I was not really convinced but we went ahead with the treatment. It was a strong drug. After 2 years, it showed a significant improvement and the doctor stopped the treatment. I was very happy. I thought the first doctor was full of b.s.

Yet, I was still afraid that I might die at the age of 31. So I worked so hard to achieve everything that I wanted in life. “I only had 10 years, got no time to waste.” That’s what I said to myself. Jakarta’s life was not that easy & it made life circumstances harder. This led me into #depressionand #anxiety.

I must say that time I often felt that I was worthless, no point of living this life and I always kept distance from anyone. I became an unpleasant person to be around with and I built Great Wall from my friends and family. I would not talk to anyone unless I wanted to. It came to the point where I tried to kill myself and landed in hospital several times. Pills, knife and car accident. I was out of my head. And yet, I was still alive.

Nobody told me that I needed a help but I thought that I needed professional help. So I looked around and found one. Unfortunately, some physicists that I saw were being judgmental. It didn’t work. Yet, they prescribed me with anti-depression. I become dependent. From 0.125 mg to 2.5 mg. Higher & higher. The 2.5mg didn’t work anymore.

Out of the unknown, these anti depressant pills were bad for my liver. My problem returned & worse. It got me more depressed. I then started believing what the first doctor said that I am indeed going to die by the age of 31 y.o I was lost & didn’t know what to do. And one day, a friend took me to #running track to cope with my depression for the very first time & it was hard