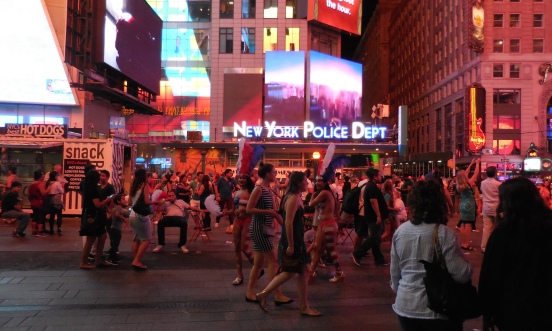 Many rappers often use the word NYPD and or LAPD in their songs. I used to wonder what it means or stands for; so I searched and figured out that it stands for New York Police Department. Interestingly enough, many rappers always write songs about police either NYPD and/or LAPD to criticize the institution [2015: E O]

It is a plate of overrated pasta in NYC’s Little Italy. Lesson to learn: Do not eat at the tourist trap; go to the joint where the local people go, better value, better taste. [2015: E O] 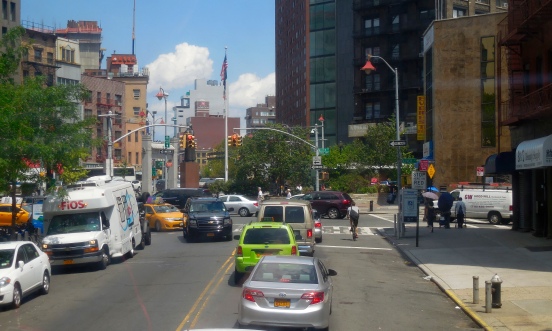 There will be the famous NYC Green Taxi in the near future. Can you spot the Green Taxi? [2015: EO]

It was so hot in NYC so I decided to get myself a cup of ice cream. However, I forgot that soft ice cream is very different from gelato. In fact, I should have noticed that it is a soft ice cream truck and not a gelato truck. It was horrible! I will never get soft ice cream anymore [2015: E O]

As soon as I arrived in Times Square, I just wanted to leave immediately. It was too crowded [2015: E O]