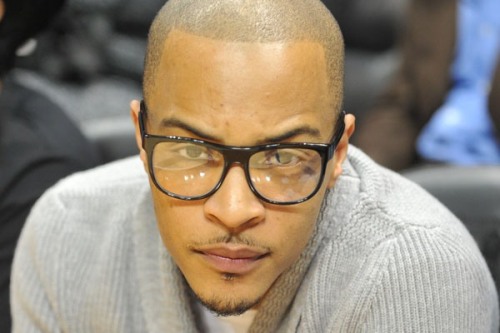 Since I like T.I, I was hunting for T.I CD when I was in Canada last Christmas. I was so glad that I could find several of his old album [well I could only find couple of his album] that I could not find in Indonesia. I actually like T.I just in the last one year when I heard his song featuring Christina Aguilera “Castle Wall”.

As I love music so much, my hubby told me that Canada has so many good CD shop where I can find any kind of old album, which I might not be able to find in Indonesia. So, I went to HMV in Ottawa and I felt like that I found a heaven. There were just so many CDs and I wanted to get so many of them, especially CDs which are not available in Indonesia anymore. On the top of that, it was Christmas and they had Christmas sale! Even though they had a Christmas sale, the price is actually so much more expensive than the price in Indonesia. Well I should not be so surprissed!

Ooo geez… I was going nuts with the CD shopping, I forgot that CD would add more weight and I did not want to throw the box when I went back to Indonesia. My hubby already also reminded me that I should not get a lot of thing because if I have over weight luggage [you know that women love shopping], he would ask me to leave some stuff behind, which is BIG NO NO!

Anyhow….From my CD hunting in Canada, I bought several CDs of 50Cent, Akon, Eminem, Dr. Dre, Jill Scott, Angie Stone  and also  T.I.  Unfortunately , I only found couple of T.I album which are Urban Legend [2004] and No Mercy [2010], the rest I could not find it even when I looked for it in Halifax and Toronto.

…. Talking about one of T.I track from Urban Legend album, Praying For Help is one of my favorite T.I track from his album. It just sounds WOW when he opened his song with a Our Father Prayer.

Our Father, who are in heaven. Hollowed be thy name. Thy kingdom come. Thy will be done. On earth as it is in Heaven. Give us this day our daily bread. And forgive us for our trespasses. As we forgive those who trespass against us. Lead us not into temptation. But deliver us from evil. For thou is the kingdom, the power, and the glory. For ever, and ever

Since then, Our Father prayer become my favorite prayer because whenever I say the prayer in the church, I just feel so peaceful as if I am being touch by Holy Spirit. I sound so religious and spiritual ey…? But seriously, that is what I feel! Even sometimes, it makes me crying when I say this prayer.

To be honest, I used to not be a religious person. I used to always have faith in myself and believe that I can do and get whatever things  I want in life without the-so-called God’s help [that is what I used to think about God before]. But things changed, they do not stay the life. Life circumstance has changed my view and belief, you can read my previous blog “It’s Awkward When G.O.D Shows Up“. Even though, I am changing to have a belief system and engaged with one belief system… it does not mean that I am religious person.

If I used to drink so much alcohol to get rid of the problem in my life, I have learned that makes peace with myself by coming to God and praying to God is better than getting super drunk. I am not a religious person, I drink occasionally whenever I go out but it is not mean to run away or escape from problem because it will not solve any problem.

I believe that everyone has their own way to make a peace with themselves whenever they have a problem in this life.